I have a dream… by Jacqui Olliver

I believe there is an answer to every problem and that every person has the capacity to, or has already figured out, one or more pieces to the complex “Life” puzzle. Like Martin Luther King, I have a dream for all people everywhere to feel free, accepted and liberated. In my case, my contribution is to provide the missing link for solving sex problems and emotional connection issues.

My own sex life suffered many years ago and this impacted my partner’s ability to achieve a normal sexual relationship. With new knowledge and techniques I now guide men and women out of the darkness I once inhabited, into the realization of personal fulfilment.

I have a dream, and in that dream, I see the confidence which men and women portray to the external world mirrored behind their bedroom door.

In my dream, people aren’t cringing at the thought of having sex… They don’t alienate their partner with an endless stream of excuses as to why they can’t (or don’t want to) have sex. They don’t go to bed early pretending they are too tired or that they have a headache, or are feeling “hormonal” or not in the mood. They don’t dread the moment their partner throws back the covers and eases into bed, immediately reaching towards them…

These men and women don’t live with feelings of constant strain, declining feelings of self worth, or fear their lack of ability to fully function in a relationship. They don’t worry that their partner will leave them because they just can’t feel sexually fulfilled.

They don’t regularly experience a low libido because of their phobia of being sexually deficient. Nor do they constantly feel humiliated, embarrassed and disappointed before, during, and after sex. They don’t avoid sex, or pretend that they don’t want it, just so they don’t feel like a failure. And most importantly they don’t feel burdened by guilt and a powerlessness that they can’t change their situation, fearing they will be stuck with this handicap forever. 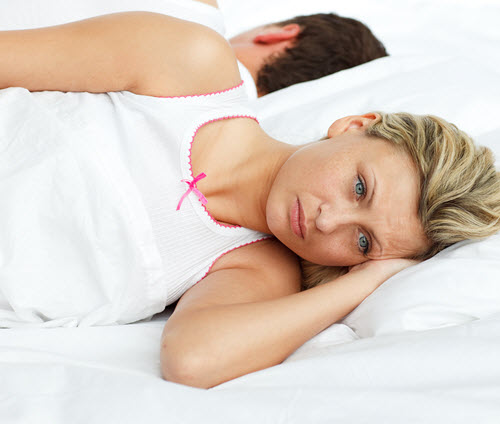 Whether they are single or in a relationship, they don’t go to bed at night feeling inadequate, unlovable and insecure, wondering if they will ever be able to function as a human being and be able to feel totally fulfilled in this important area of their life.

In my dream they understand that their previous attempts at sex failed not because of some fault in themselves or their partner, but because they were simply missing some vital knowledge.

Now they have this new knowledge and are fearless when entering into new relationships, knowing they have the skills to fulfill a partner sexually. With this knowledge they boldly reignite a current relationship, are courageous in their desire to move forwards together, convinced by their new found abilities to fulfill and be fulfilled.

In my dream people realize the order in which their sexual programs must work. They are confident in their ability to provide a fulfilling emotional as well as sexual connection, for themselves as well as their partner. Sex is mutually desired by both partners, there is a mutual caring for each other’s happiness and joyful participation is the norm.

They don’t believe that sex is a chore or an obligation – an act of duty (to keep the peace) and something they have to endure in a relationship… instead it has become a wondrous game, a shared contribution, which they gladly desire, initiate, encourage and engage in.

In my dream I see the confidence which men and women portray to the external world, mirrored behind their bedroom door.

Whether a previously great relationship has been reduced to a feeling of disconnection and two lives lived separately, or if sexual fulfillment has always been an elusive dream... I am confident I can help you restore a fulfilling sex life by teaching you the exact step by step sequence your brain requires to give it to you.