If you struggle to achieve orgasm, your partner may think it’s something they are doing wrong. It might be. Or if (he) suffers from another sex problem such as early ejaculation or losing erection hardness then chances are, you are both giving each other mixed messages… which all contribute to relationship stress.

If a man loses his erection while giving his partner foreplay, it’s common for his partner to think he’s either no longer attracted to (her) doesn’t love her – or is having an affair!

When a man with a premature or early ejaculation problem suddenly ceases movement during sex and desperately tries not to think about his penis, his partner is left wondering whether or not he is really into her… or whether or not he cares enough about her to get his problem sorted.

Men with sex problems tend not to talk about them because they feel humiliated and embarrassed and because they feel like they’re failing as a man. However, this ongoing lack of communication causes additional friction, tension and relationship stress. For men who are single, the fear of sexual failure holds them back from entering into new relationships.

Nobody was given a manual to understand the order in which the male and female sex programs must work. So when things aren’t working sexually – either with ourselves or with our partner – our mind has a tendency to imagine the worst case scenario and fill in the blanks in the communication.

Neither of you like to feel like you’re failing. But if you don’t explain your problem to your partner and reassure them that you’re determined to sort it out so you can both be fulfilled in this important area of your lives… then you may devastate your partner’s ability to trust you, respect you and feel connected to you.

And this doesn’t just apply to sex. While it may be embarrassing to confide in your partner, it’s easier on both of you than pretending you don’t have a problem and hoping it will suddenly go away.


Making excuses or withdrawing from sex is just going to make it worse for both of you. Reassure your partner that you have found expert help and are totally committed to resolving the problem.

Psychosexual Relationship Specialist at End the Problem, Jacqui Olliver has helped thousands of men, women and couples restore emotional and sexual satisfaction in their relationships to create a happier life. Click here to check out her programs or to book a complimentary strategy session for real answers to solve the real problems.



 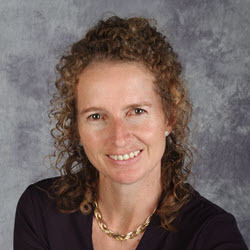 I have helped thousands of men, women and couples restore emotional and sexual satisfaction in their lives.